As the two couples debate how to treat their sons' savagery the maitre d' recites the pedigree of each ingredient. This is an extensio ad absurdum of the refinements of civilization and the rewards of its privileged. Paul is uncomfortable there, in part because he can't afford it, he doesn't understand it, and he feels as excluded from this ritual as he felt from his mother's preference for Stan.

If he seems sensible in disdaining the manners and the preciousness, he's ultimately just destructive and rude. Stan is easy in that precious milieu, gliding through the crowd of Washington Insiders. His slickness tempts us to dismiss him. But when he decides to abandon his career and bring his son to justice Stan represents civilization at its moral best.

The brothers' different responses to the dinner cohere with their different responses to their sons' brutal and mindless murder of a homeless black woman, burning her alive in an ATM booth. To our surprise, the slick politico wants his son to face judgment. The total strategist suddenly places morality and principle above expediency. In contrast, his more cynical — and less capable of action — brother decides to preserve the sons' secret by setting out to kill Stan's adopted black son, Beau, who has decided to turn in the two boys. Both mothers fiercely try to protect the boys against Stan's eruption of morality.

Claire Laura Linley tries to settle the matter without involving hubby Paul, arranging to pay off Beau for his silence. When he changes his mind, she orders Paul to "look after Beau" — a demand about as motherly as Lady Macbeth. Stan's wife Katelyn shares Claire's commitment to save the boys, even though they're only her step-sons. Hungry to save their sons the mothers demonize and wholly misrepresent their innocent victim. Despite this difference, both woman are the supportive roots of their husband's lives. The fierceness of maternal love bonds the women in contrast to their husbands' antagonism.

Here the film seems most reflective of Trump's America. In the mothers insistence upon protecting their own family interests above all law and morality, they are Republicans at their most acceptable.

Paul slips into their position, off his meds, too weak and confused to resist. But the moral hero is the politician Stan, who places conscience and justice ahead of his own and his family's interests. That's the liberal politician, an endangered species in Trump's America. Hence Stan's campaign for a bill to grant the mentally afflicted the same health coverage as the physically ill get.

This echo of Obamacare — and slap at Trumpcare — also reflects on how Stan grew out of his own mother's madness, which persists in Paul. The figure we initially reject — the slick Stan, Washington Insider — turns out to hold the moral center. This film posits a liberal humanity against the Trump ethos. But it's not an easy choice. Which is the villain: the mother who will do anything to protect her son or the father who places justice and morality over this personal interests? The film ends before the three-day delay Stan grants his wife to try to change his mind. We don't know how that family's drama will end.

Nor should we, given the complexities of the drama at the family, national and archetypal levels. But if we're responsible citizens we'll try to figure out what we would do in that position. It's not easy. A lot of movies these days are based off of books because Hollywood cannot think of anything original on their own. It's unfortunate though when they base a movie off a book and don't stick to the book's storyline which ends up being why people say the book was better.

This is the case with The Dinner where two families gather to discuss a crime their sons have committed and whether or not they should let them get away with it or turn their sons in. Throughout the dinner in the novel the leading character flashes back to times when he showed behavior that is typically that of a sociopath.

In the book he doesn't show much emotion neither does his son which is why he believes his son is like him. The movie however paints the leading character as overly emotional and mental.

Also you're going to end the movie with all the characters on their cell phones talking to god knows who and the main character laughing hysterically. In the book their son Michael kills his cousin Bo and gets rid of his body. He does this without remorse just as he committed the crime leading you to believe he is a sociopath like his father.


Also at a restaurant across the street the main character's wife hits the politician brother over the head with a wine bottle to prevent him from throwing the press conference. He ends up in the hospital and she gets arrested. I don't mind that they decided to make the characters American but I do mind that they ruined the story and for one not as good.

They took away a lot and added in nothing remarkable. As a book it was entertaining and memorable however as a movie it was weird, confusing and boring. As difficult a task as this may sound, one needs to watch this movie a second time in order to appreciate the relevance of most of the scenes that wear you out the first time around. Having watched this movie after dinner get it? And then it hit me! The Dinner is an intelligent unsure if intentional interlace of two seemingly disconnected sequence of scenes - scenes of the actual food served through the night, and the rest of the movie.

The connect is hidden in plain sight throughout the movie. It is not until the desserts are served, that the movie reveals subtle hints of this connection - the scene of hot caramel making its way through the chocolate egg seemingly to reveal what's truly inside, in a way blends perfectly with the other sequence of scenes that starts to unfold the true personalities of the entire cast.

At this point, looking back, one could start to somewhat relate the other courses of food to the scenes of the story that run in parallel - the "young" baby carrots with rosemary polished "black" olives olives signifying victory and rosemary signifying memory and the back story of the two boys picking on Beau when they were much younger, the consistency of various cheeses and the consistency of the characters at the dinner table, and so on.

In fact, it is at this point in the movie that Katelyn dramatically reveals her subdued self when she refuses to eat the dessert. And interestingly, this is the only point in the movie when the two sets of scenes blend in just so briefly, when Katelyn's character is showcased not by some back story but by her choice of not wanting to eat the dessert.

And this brings us to the crux of the movie - choice! The moral dilemma that intensifies towards the end of the movie revolves around the choices that the cast have made or wish to make. 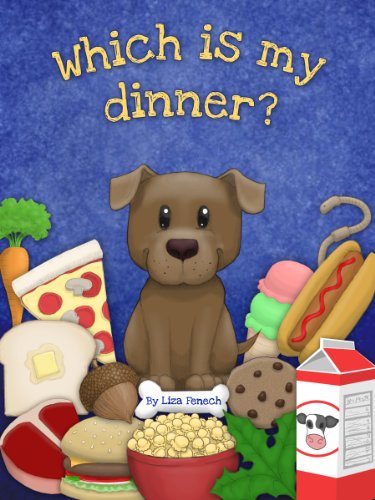 And these choices are based on their beliefs and desires. Paul chooses to throw the ball to avenge his wife's death because he feels that the shopkeeper had killed her by selling her cigarettes. Might this have rubbed off on Michael who chooses to believe that the old lady was at fault for not moving out of his way? Claire sees reason in calling it an accident and in finding fault with the old lady in order to save her son.

Katelyn chooses not to support Stan, possibly for the sake of her adopted sons or may be to protect her own marital interests? Dylan believes that the dessert was so unique that it had to be eaten. Each character in the movie fights for the choices they make, based on what they believe is right. While some or us may feel that Stan is right in choosing to go public, some others may feel that it is more important to shield one's family from the mean and insignificant world.

Great wars have been fought to back one's sense of righteousness and Gettysburg is highlighted in the movie to depict the fight for democracy. The movie is a subset of everyday moral dilemma. We all fight smaller wars everyday to defend our own morals and to justify our own actions. Kill animals for food or go vegan?

Spend on ourselves or save for our children? Outsource IT jobs to lower costs or employee local talent and sell at a higher price? What choices have you made today? Usually Richard Gere movies were something to look forward to Worst movie I have seen to date that had "big name" stars in it.. What were they thinking releasing this garbage Throughout the movie I was thinking about rating this around a 3 or 4 for keeping me interested in what actually happened. The ending brought it down to a solid 1. I couldn't rate this is 2 even if I was paid to do so.

Do NOT waste your time. Go watch paint dry. Pour in the cream and cook for a 10 minutes. Per serving: Carbohydrates, 8. Fry the leeks with seasoning for 5 minutes in the butter over a medium heat.